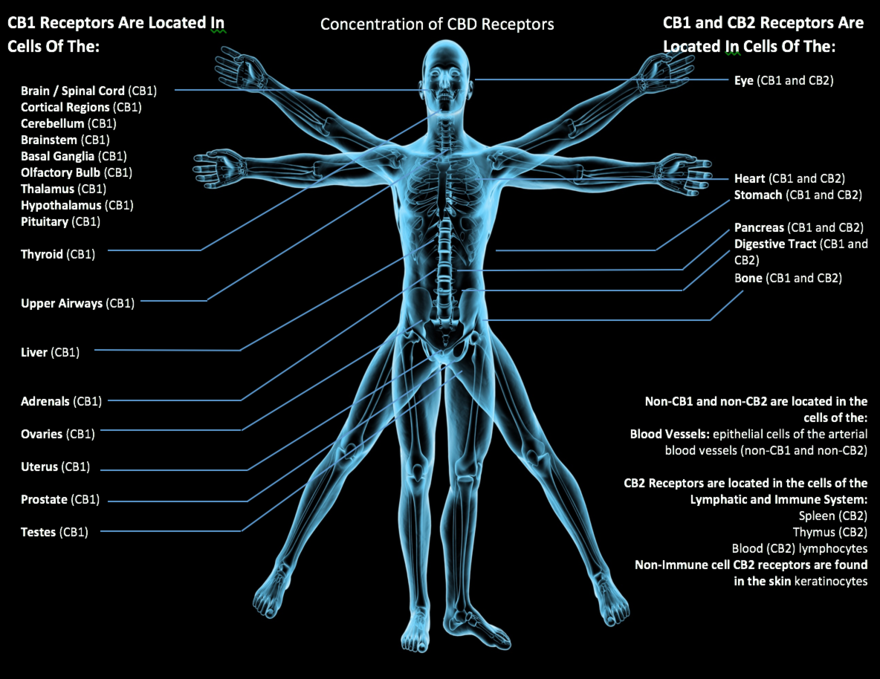 Our bodies already have Cannabinoids in our system. Humans have what is called an “Endocannabinoid System” (ECS).

The ECS system is made up of several integrated mechanisms:

Our bodies produce two (2) Endocannabinoids; they are known as: Anandamide (N-arachidonoylethanolamine or AEA) and 2-Arachidonoylglycerol (2-AG).

The ECS has two receptors: CB1 and CB2. Each receptor responds to different cannabinoids, but some cannabinoids can interact with both. The distribution of CB1 and CB2 receptors within the body and brain explains why cannabinoids have certain effects.

are found throughout the body, but are mostly present in the brain and spinal cord. CB1 receptors are found, for example, in the hypothalamus, which is involved with appetite regulation, and the amygdala, which plays a role in memory and emotional processing. CB1 receptors are also found in nerve endings where they act to reduce sensations of pain. 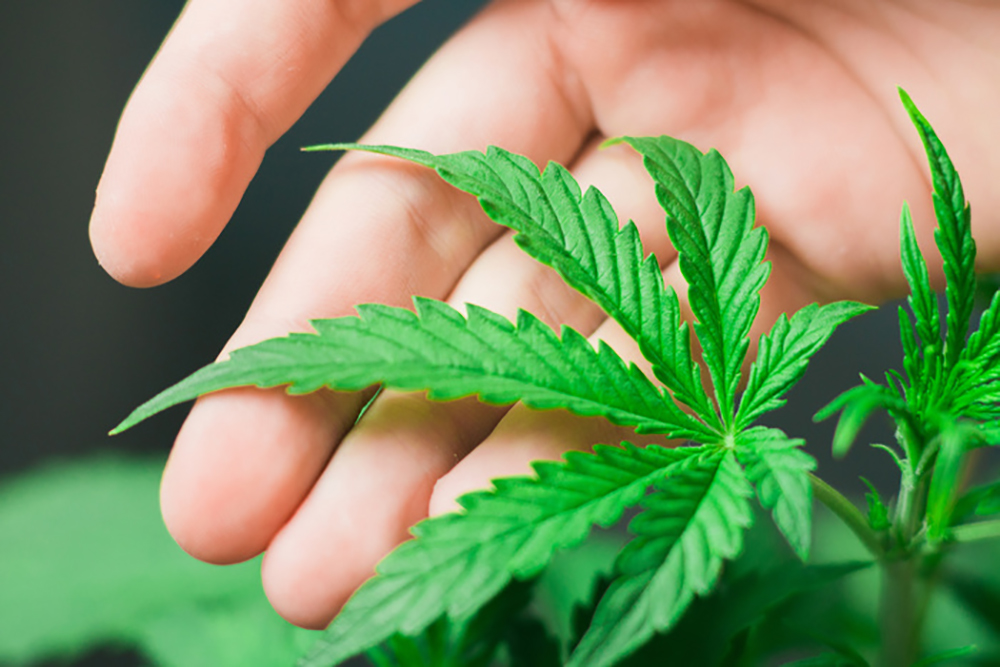 tend to be located in the peripheral nervous system; and, they are especially concentrated in immune cells. When CB2 receptors are activated, they work to REDUCE INFLAMMATION.

With respect to the cannabinoids found in cannabis, researchers have discovered that THC binds to both CB1 and CB2 receptors, activating them just like an endocannabinoid.

CBD, on the other hand, does NOT bind directly to cannabinoid receptors. Instead, CBD works by inhibition of enzymes (e.g., FAAH, which is responsible for the breakdown of anandamide — the most important endocannabinoid in the body; when FAAH is inhibited, it cannot break down anandamide at its normal rate which INCREASES the amount of Anandamide in the brain).

2-Arachidonoylglycerol (2-AG) is a full agonist of both CB receptors, and is the primary ligand (binding molecule) for the CB2 receptor.

Our endocannabinoids are created in response to needs within our larger physiological system and are largely understood to be used for the body’s regulatory functions. Acting on presynaptic cells, they control the volume at which communicating signals are sent. It is in this way that endocannabinoids affect duration and intensity of the wide range of physiological processes under their control.

While the Endocannabinoid System (ECS) is linked to a number of important processes and is concentrated in the brain, nervous system, and reproductive organs, it does NOT affect regions of the brain controlling heart and lung function – this is one of the main reasons that fatal overdoses of cannabinoids do NOT occur. Whenever there are deviations from homeostasis in the body’s functions, the ECS is activated and begins to respond accordingly by synthesizing endocannabinoids, which act as neurotransmitters.

When the body creates neurotransmitters for the ECS, they are picked up by the specialized cannabinoid receptors, which sit on the surface of cells (CB1; CB2).

Like a key fits into a lock, endocannabinoids interact with these receptors and transmit information and help the body achieve homeostasis, or equilibrium. Because, the CB1 receptors are most prevalent in the central nervous system, they are linked to the following benefits:

CB2 receptors are found mostly on cells in the immune system and dominate in fighting inflammation and damage to tissue.

Given the expression of these receptors in the human body, and the interactions between cannabinoids with neurotransmitters and neuromodulators, such as dopamine, glutamate, serotonin, gamma-aminobutyric acid (GABA), the basis for production of a medical benefit exists.